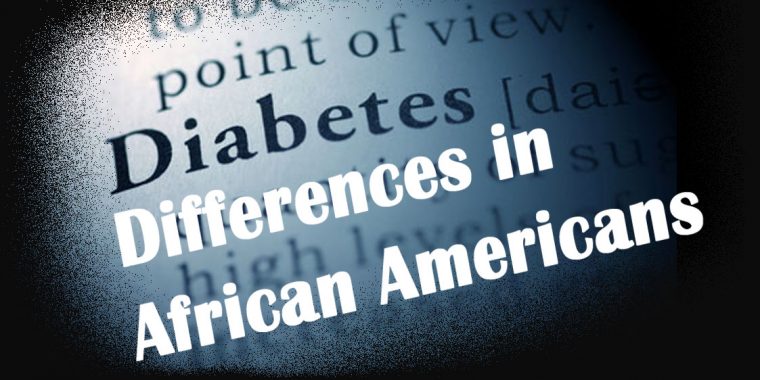 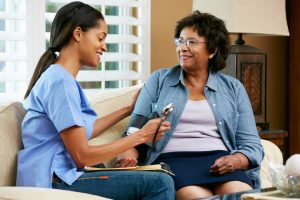 There has been some startling discoveries lately in the differences in how diabetes is diagnosed and treated in African Americans. Because of genetic nuances that we normally may ignore as insignificant, hundreds of thousands of African Americans remain  under-diagnosed and under-treated for diabetes.

Diabetes already occurs at an unusually high rate in African Americans and we are 80 percent more likely to be diagnosed than White Americans.  Of those with diabetes, there is a higher tendency for organ damage (heart disease, kidney failure, or blindness, for example) than Whites.  The prevalence of visual problems, kidney problems, leg amputations, and overall hospitalizations are dramatically higher in African Americans with diabetes.

Diabetes is diagnosed at an earlier age (median age 49 vs. 55.4 in White Americans) and this earlier age is significant because the development of diabetes complications is directly related to both blood sugar control as well as the total time a person has the disease.  By getting diabetes earlier, there is more time to get complications.  Make sense?? 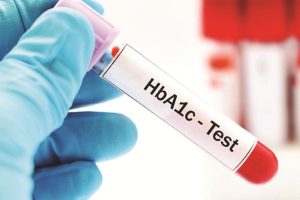 Most research dealing with the increased diabetes in African Americans points to increased insulin resistance when compared to White Americans. This means your body has insulin but is “resistant” to its normal function.

A recent study of over five thousand African Americans curiously showed that heavy smoking (more than a pack of cigarettes a day) significantly increased their risk for diabetes by worsening the insulin resistance.  Former smokers and people who never smoked had a much lower risk for diabetes compared to the heavy smokers.

Another study by Saaddine and colleagues looked at younger patients age 5 to 24 years and found that African American youths consistently had higher HbA1c levels even without diabetes.

HbA1c is Different in African Americans

In all, HbA1c value differences in African Americans essentially equates to a 0.4% difference (higher) for glucose matched White American patients.  So a HbA1c of 7.0, the normal threshold to diagnose diabetes, is really 7.4 in African Americans.  Diabetes should have been diagnosed when the HbA1c was 6.6.   Put simply, the accepted relationship between HbA1c and the coinciding blood glucose used by doctors and laboratories is different for African Americans.

“The relationship between mean blood glucose and HbA1c may not be the same in all people. Indeed, the published regression line from the “A1c-Derived Average Glucose” (ADAG) Study demonstrated a wide range of average glucose levels for individuals with the same HbA1c levels.” 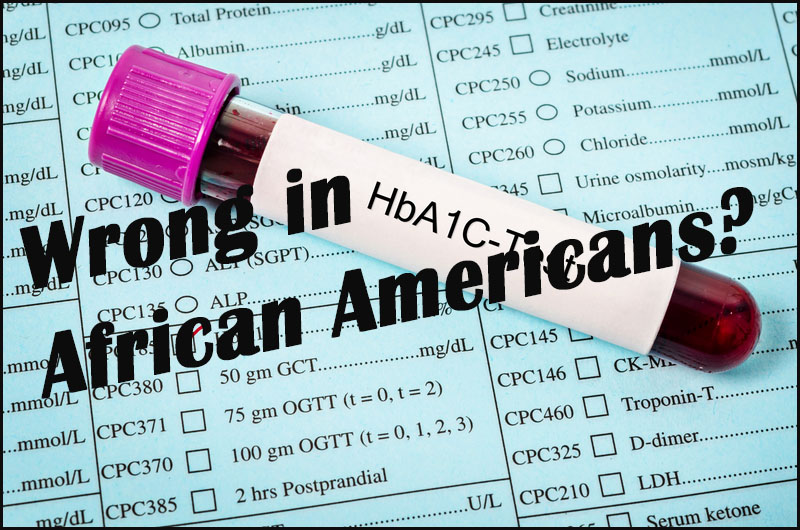 If these facts aren’t confusing enough, another study found the HbA1c levels are “less dependable” when they are “near normal” in African Americans.  High and low HbA1c levels tend to be much more accurate when estimating the average blood sugars.

Because of the limitations of HbA1c measurements in some situations and the racial differences discussed above, some of the patients with a HbA1c level between 5.5% and 7% will clearly have diabetes, and others will not.

Another curiosity with HbA1c has to do with patients with a sickle cell trait:

Given that one in ten African Americans have sickle cell trait, it is important to consider their trait when interpreting the results of a HbA1c.  In the end, people with sickle cell trait can be tricky to diagnose diabetes.  Many doctors neglect to ask if someone has sickle cell trait because, outside of genetic counseling before having children, there has conventionally been little impact on other disorders.  Is your doctor aware of this genetically-based difference?

If you have just been diagnosed with diabetes, I have a great video that will get you off to a good start below.

If you want to know about other genetic differences look HERE.