Patient-Centered Clinical Care for African Americans written by Dr. Greg Hall is a landmark manual aimed at physicians, nurse practitioners, and physician assistants that will outline specific differences in communication, clinical therapies, medications, protocols, and other critical approaches to the care of African Americans. The book takes a comprehensive approach to the clinical support of providers that see African Americans.

Because of the “patient-centered” movement in hospitals and insurance plans, providers are now financially impacted based on the quality of care provided to individual patients.  African Americans have the worst medical outcomes of any racial/ethnic group in America including the highest mortality, longest hospital length of stay, worst compliance with medications and referrals, and the lowest trust of the healthcare system.  The book, which is the first of its kind, is a major step in decreasing the numerous health disparities driven by physicians and other clinicians.

There are countless well designed studies that validates verified differences in the clinical care of a number of pervasive diseases in African Americans including hypertension, heart disease, kidney disease, obesity, cancer, and much more. 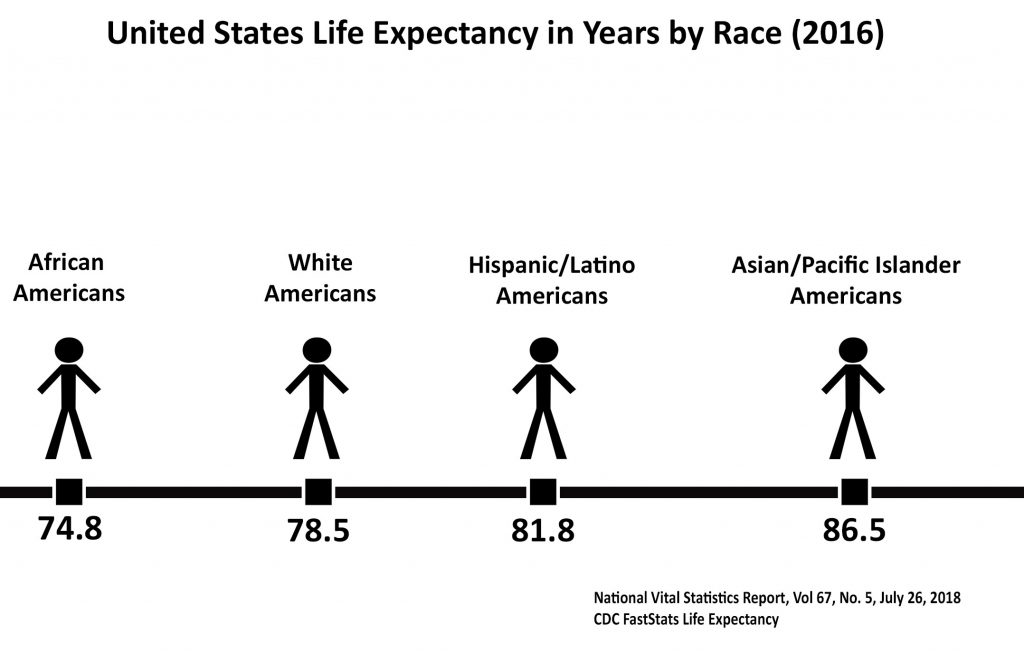 Health disparity outcomes are usually grouped as “minorities” versus “Whites” and the argument is that these special populations need added attention as a group, but the reality is African Americans alone have the most dramatic differences, and any interventions aimed at making a palpable difference need to be African American-specific and not diluted as merely for “minorities”. The death rates for Hispanic/Latinos, American Indian/Alaskans and Asian Pacific Islanders are all lower than White Americans. The only true mortality disparity relates to African Americans. 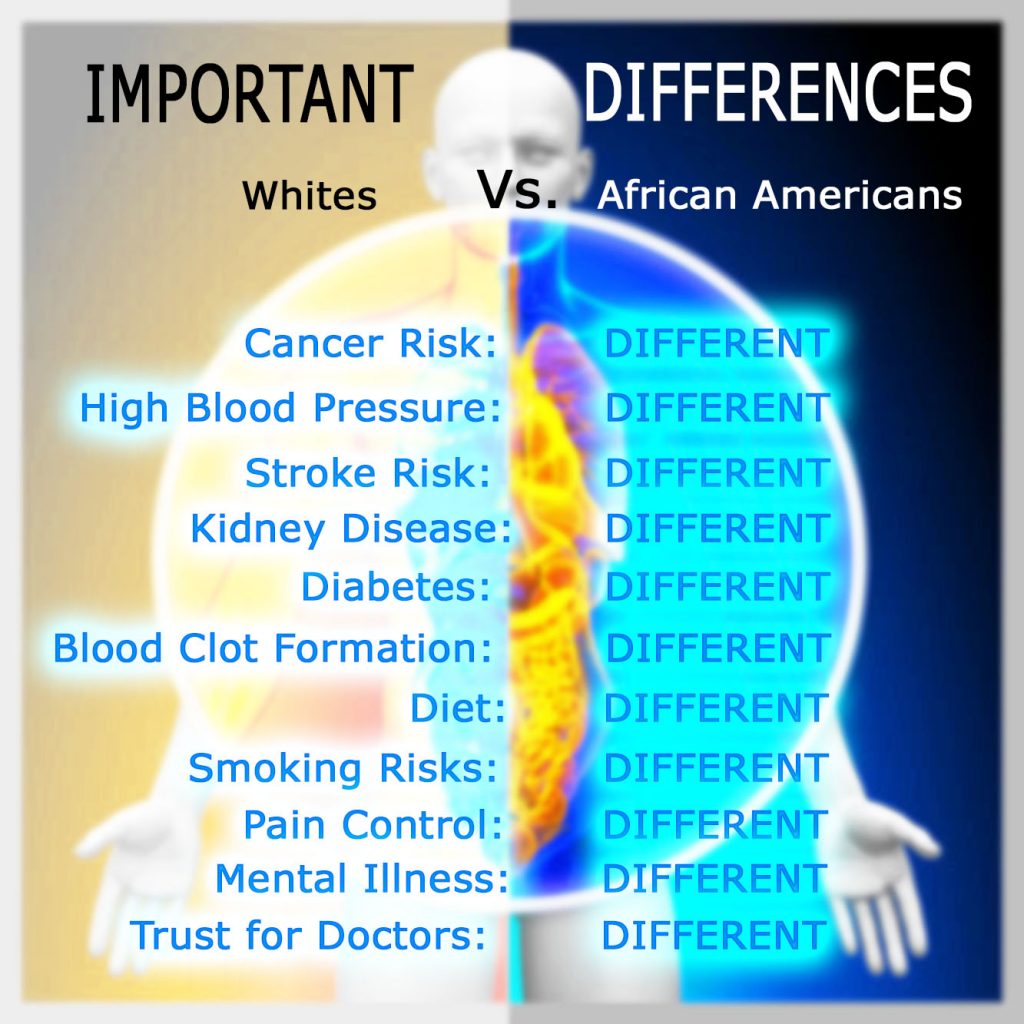 Disease burdens vary greatly among minorities with African Americans having a completely different list of clinical predispositions as compared to Hispanic/Latinos, or Asian Pacific Islanders.  A book broadly addressing the clinical differences of minorities as if they are similar will frequently miss the mark.  The similarities that are assumed are frequently those of healthcare access and poverty concerns. Patient-Centered Clinical Care for African Americans looks at clinical differences based on race/ethnicity . . . not socio-economic status or vulnerability.

There are nuances in the care of African Americans that can be used across socioeconomic classes. Differences in screening, prevalence of diseases, medication effects, and more are altered based on race/ethnicity, not income.  More affluent African Americans still have inferior outcomes, not based on their insurance, but instead on these differences that drive clinical outcomes.  Most providers for African Americans simply do not have a resource for the focused information about these important differences, and the disparities data based purely on race proves it.

As the first comprehensive book on the clinical care of African Americans that broadly addresses all of the considerations related to a patient’s health including differences in historical perspective, communication, bias, disease demographics, and clinical therapies and approaches; this book will make a difference in African American quality outcomes.

With his unique perspective as a public health and health equity advocate, public insurance adviser, educator/lecturer in medicine, hospital leadership representative, and primary care physician, Dr. Greg Hall has pulled together a resource that addresses the needs of the provider, the hospital, insurances, and the greater public good. 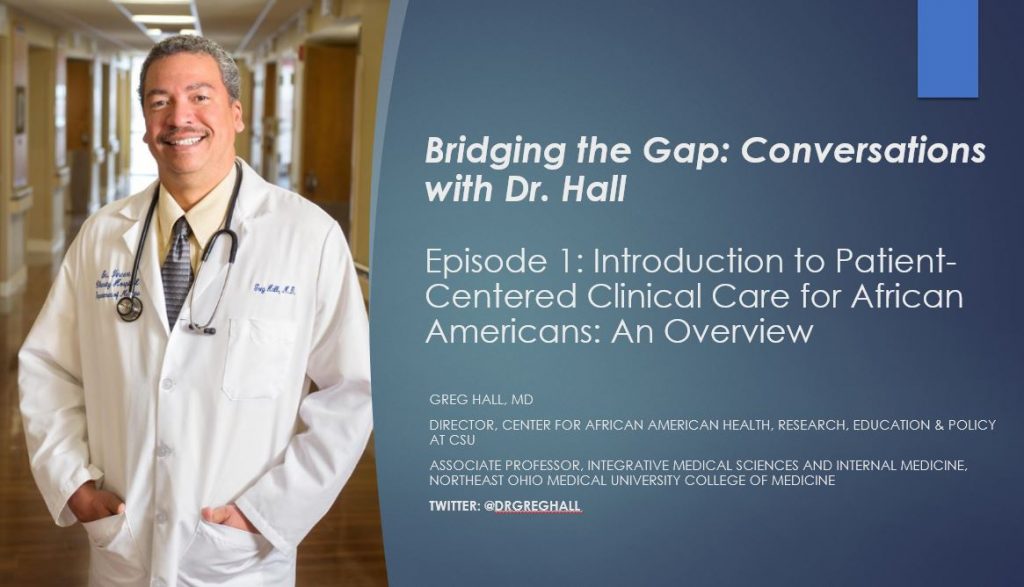 Based on the success of his book, Pri-Med, a national medical education company has begun a monthly webcast featuring Dr. Hall.  During “Bridging the Gap: Conversations with Dr. Hall” he will review the latest issues in healthcare related to disparities and delivering equitable healthcare.