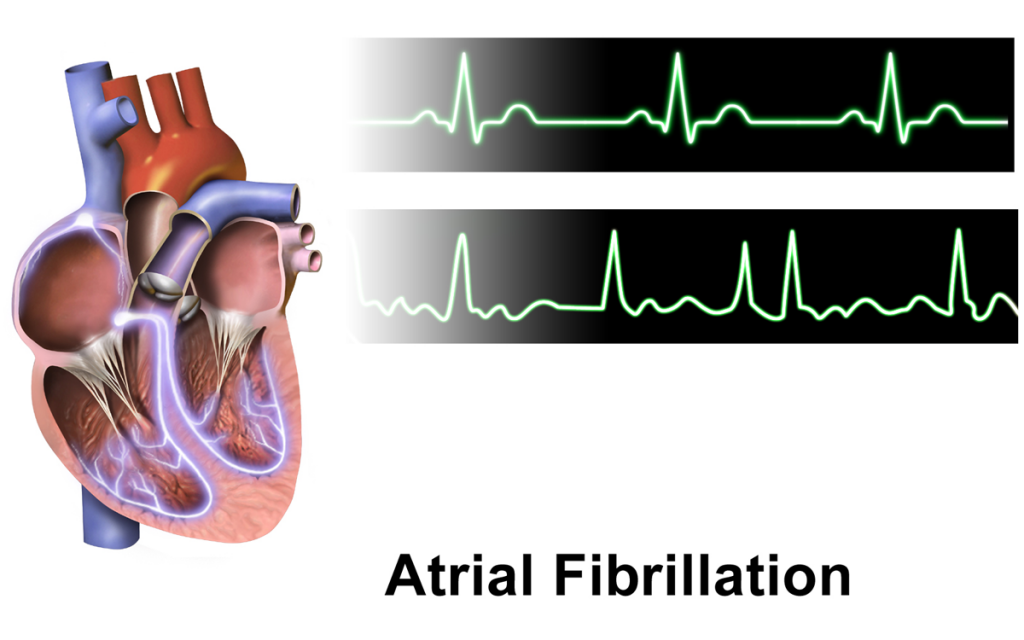 African Americans were also less likely to be aware they have A Fib, and much less likely to be treated with blood thinners like warfarin (Coumadin, Jantoven) that prevent the heart attacks and strokes that having A Fib causes.   Even more surprising was this decreased use of warfarin in African Americans was regardless of whether the person had insurance or made more money.   It is truly stunning that a medication to prevent strokes is used LESS in a group of people who are prone to have MORE strokes and this was found in a study by Meschia and colleagues who looked at over 30,000 patients:

“We also found that among those who were aware that they had AF (atrial fibrillation) and who had confirmation of the diagnosis of AF, (African Americans) were about one quarter as likely to be treated with warfarin as whites. In striking contrast, risk of stroke as stratified by the CHADS2 score was not a predictor of warfarin use. The fact that risk of future stroke did not significantly alter the likelihood of warfarin use would seem to reflect an evidence-practice gap.”

A Higher Risk for Death

The risk for death in the presence of atrial fibrillation (A Fib) in the first four months after diagnosis was very high with heart disease, heart failure and stroke accounting for the most of the deaths, the study also found.  The risk for hospitalization in African Americans from atrial fibrillation doubled as did the risk for recurrent stroke, and related dementia from repeated “little strokes” (multi-infarct dementia).

What is the Best Medication for A Fib?

So the medical evidence would suggest that African Americans should receive MORE treatment with blood thinning medications like warfarin and other newer medications like dabigatran (Pradaxa), rivaroxaban (Xarelto), or apixaban (Eliquis) . . . and in fact they receive LESS.

Some of the complaints about warfarin is the need to have relatively frequent blood tests to confirm the “thin-ness” of your blood.  These tests called “PT / INR” shoots for an INR between 2.0 and 3.0.  Less than 2.0 means your blood is “too thick” and more than 3.0 means it is “too thin.”  The newer medications to replace warfarin do not need blood tests.

Keep in mind that African Americans have an increased risk for complications from bleeding on some of these newer medications like dabigatran (Pradaxa), rivaroxaban (Xarelto), or apixaban (Eliquis), so although it can be more inconvenient with frequent blood draws, warfarin may be best for now until more information is available. There is also significant evidence that there are warfarin dosing differences between European Americans and African Americans that need to be anticipated and considered.

While this topic may seem a little confusing, here are the main points:

Here is a video on anticoagulation and warfarin: