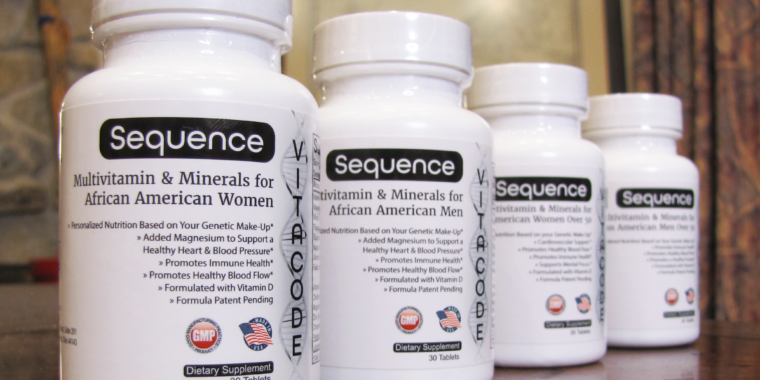 Which multivitamin should I take?  As a physician, I get this question multiple times a day, every day. And the answer would frequently depend on who was asking.  Are they younger or older?  Male or female?  How is their diet?  What race are they? What family disease risks exist? All of these issues influence my answer, and the final answer is yes, there is one best multivitamin for African Americans to take:  VitaCode’s Sequence Multivitamins.

Sequence Multivitamins were designed to meet the needs of African American men, women, and the unique needs of older adults.

A study published by the University of Pennsylvania looking at vitamin D deficiency by race/ethnicity showed:

Given these stark differences in blood levels of this critical vitamin, the approach to its replacement is also different.  The USDA currently recommends 600 international units daily for vitamin D for everyone age 1 to 70 years.  Most multivitamins start with the USDA recommendation when designing their content. 600 IU is entirely too low a replacement dose for most African Americans.  The amount of vitamin D to take to correct these significant deficiencies is over three times higher.  African Americans should take 2000 IU daily.

Higher vitamin C levels were also protective against lead exposure due to the vitamin’s ability to inhibit the intestinal absorption of lead as well as its ability to promote urinary excretion of lead.  Essentially vitamin C acts as a barrier to lead absorption.  Environmentalists confirm that urban air, soil, and water tend to hold comparably higher lead levels due to a history of industrial presence in cities and their closeness to neighborhoods mostly populated with African Americans. Increasing the vitamin C content in a multivitamin for an urban population disproportionately exposed to lead is a sound approach to population health.

Vitamin E May Be Bad for You

Interestingly, there are also significant risks and poor health outcomes associated with certain vitamins.  Vitamin E supplementation was studied in over 130,000 people and those that took 400 IU (the most common supplement dose) or higher, had an overall higher risk of dying from any cause. Vitamin E supplements were also shown to significantly increase the risk of prostate cancer in healthy men.  Given that African Americans have the highest death rate of any racial/ethnic group (including prostate cancer) in the United States, taking a vitamin that potentially increases these already bad outcomes, makes no sense. Unlike most other multivitamins, Sequence Multivitamins has no vitamin E.

There are also vitamins and minerals that provide glucose stability to people with diabetes. According to the National Institute of Health, African Americans are twice as likely to develop diabetes than White Americans, and first line treatment involves metformin for over half. Metformin can lead to folate and vitamin B12 deficiencies. Sequence Multivitamins has the added folate and vitamin B12 that older African Americans with high diabetes risk need.   Keeping diabetes stable helps to avoid the related bad outcomes including heart, kidney, and stroke-related risks.  Magnesium has also been shown to improve diabetes control and stabilize blood vessels. Sequence Multivitamins has significantly more magnesium.

Potassium has shown benefits in cardiac rhythm stability, blood pressure control, and electrolyte balance. There has been data that suggests African Americans have lower potassium levels overall which could be related to the increased incidence of diabetes, and helpful in preventing heart or stroke problems. Sequence Multivitamins has added potassium for this purpose.

As you can see, a good deal of thought and research went into developing the formula for Sequence Multivitamins. Their formulas for men, women, men over 50, and women over 50 means there is a multivitamin best for almost anyone. Health disparities, premature death, and chronic illness has been a way of life for too many African Americans. VitaCode’s Sequence Multivitamins hopes to make a difference . . . making them the single best multivitamin for African Americans. 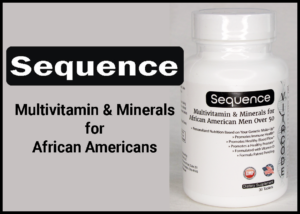 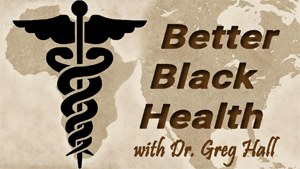